9 Ways to Ramp up your IoT Security

The advent of mobile phones, as we all know, changed the game of communications—”made the world smaller” as it is said. Then came the internet, which brought in a whole new definition of making the world smaller. Anything you need or want to know is simply a click away. Technology innovations took it one step further and decided to connect everything capable of providing some form of information and made them communicate with each other through the internet—this is the Internet of Things (IoT).

Internet of things (IoT), by definition, is a network of objects, which are enabled with sensors, unique identifiers, and provide communicable data in real-time to provide insights for the desired outcome.

This world of IoT has surely boomed and shows no signs of slowing down. According to IoT Analytics, the number of IoT devices that are active is expected to grow to 22 billion by 2025. And Gartner estimates, internet-connected things will outnumber humans 4-to-1 by the same year.

This clearly shows IoT is the new cool kid in town, and everyone wants to be his friend.

IoT – from apprehension to the necessity

Now, what happens when so many network ports are facing the internet? It opens up many pathways for hackers to reach you. Yet, this fear has not slowed down the rapid progression of IoT adoption or the businesses that provide these solutions. The hype of IoT is so huge that everyone is playing catch up to offer flashy devices to grab the attention of the user. From temperature sensors in AC to fully automated smart homes, from smart meters to fully optimized power grids, IoT is slowly growing in every nook and corner. IoT, in combination with cognitive solutions like Artificial Intelligence, can not only gather data but also make sense of it. This data can enable people to be more proactive rather than reactive in several scenarios by predicting dire outcomes before they can happen.

Internet of Things is not only about providing convenience to the user or speeding up everyday activities—its use cases can even save lives.

This quote quite aptly summarizes the fear of technology that is part and parcel of innovations and yet how important it is to go beyond security hassles and reap the benefits of technology.
Now that we have established how the Internet of Things isn’t going anywhere, and all of us are on the same page that innovations are indeed a requirement in today’s time, let’s further understand how to secure IoT. Instead of fighting innovation, let’s learn to protect ourselves from the bad actors.

What is IoT Security?

IoT security is the act of protecting the connected devices, their networks, and providing solutions to safeguard the data integrity from bad actors.

The speed at which IoT grew, made it almost a compulsion for businesses to provide these solutions.
In an interview with the HuffPost, Maciej Kranz, the Vice President of Corporate Strategic Innovation Group at Cisco, spoke at length about the business impact of the Internet of Things. He talked about how, in the technology industry, companies have to reinvent themselves every 3-7 years to survive. With IoT, this pressure of reinvention is now present across all industry segments like the autonomous vehicle industry.

In this race to survive and stay ahead in business, a lot of those who provide IoT solutions, be it consumer-facing or business-facing, have missed on a very crucial aspect of technology—security. The security measures, or lack thereof, leave not just one object vulnerable for hackers, but due to the interconnected nature of IoT, they leave the entire network open for attacks.

The famous attack on Dyn shocked the entire industry. Dyn is an internet performance management and web application security company. It controls much of the internet’s DNS infrastructure, and an attack on it made giants like Twitter, Netflix, and Reddit websites unavailable for hours. The attack was made by the Mirai Botnet, which is the largest botnet seen to date.

What could’ve helped it become the largest? What is present in abundance and prevalent among people? If you guessed devices, in this case, connected devices, then you’re right. The Mirai Botnet made use of consumer IoT devices, their cameras, routers, and DVR systems. The botnet launched a distributed denial of service (DDoS) attack on the server. DDoS is an attack where several compromised systems like computers are infected with malware like botnets. These are orchestrated to bombard a server and overwhelm them with malicious traffic until they break out of strain.

The company estimated that the attack involved around “100,000” endpoints with an attack strength of 1.2 Tbps.
This story shook the industry and showed the repercussions of insufficient IoT security. All through a code which was, funnily enough, written initially to gain control over the game, Minecraft!

However, this was still a business repercussion. Since IoT has advanced to great lengths, it’s present in automobiles, healthcare, and much more. Pacemakers are a prominent use case of IoT in health care. Now, if there is someone with an evil intention, the repercussions of a hacked pacemaker can be fatal. Likewise, in cars, the result of a hacked accelerator can completely take over an individual’s power over their vehicle. There are unthinkable crimes that can happen if IoT is not shaped into a much more secure technology than what it is today.

Here are some ways by which the Internet of Things is vulnerable:

Ramp up your IoT security

We’ve discussed at length the ways and vectors to attack IoT networks. But we have also established that it is indeed a necessity and there is no escaping it, and why should we, considering how it can be an absolute boon. Let’s talk about the ways of securing it:

B2B spending on IoT technologies, apps, and solutions will reach $267 Billion by 2020, according to Boston Consulting Group (BCG). As an organization, you are a part of this investment. Organizations can reap the benefits of this only once it is secure. Ensure your devices are safe and ensure your businesses have a reliable network of IoT devices, as well. Let the Internet of Things (IoT) transform your business while you keep the hackers at bay.

What is Single Sign-On?

The landscape of today’s work culture goes far and wide from what was once considered traditional. Every employee requires a…

What is Just-in-Time for PAM?

It is a well-known fact that businesses rely on the effectiveness of access provisioning. Timely access is crucial for productivity,… 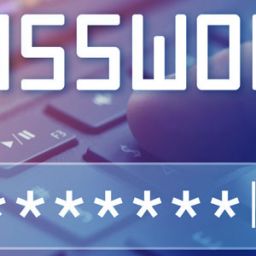 Learn Why Complex Passwords May Not Always be Safe

Sam had to create a password for a critical business application; he made sure he chose a complex password that…

What is Digital Rights Management?

Intellectual properties rights (IPR) such as Copyrights, Patents, trademarks, etc. signifies the value a human intellect creates for an organization….

Anonymity without Living in a Cave – How can you Achieve it?

Do you have an account on any application online? Some websites you might’ve hovered over? And there goes anonymity. It’s… 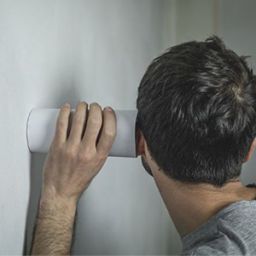 Eavesdropping- the act of silently overhearing a conversation among random strangers; (although rude), what harm could it possibly do? Well,…

What is Cyber Warfare? Taking Cybercrime to the Digital Front Line

We all grew up reading about the unfortunate yet famous war times. The stories igniting several movies, stringing at the…

What is CASB? and Why You Need it

Cloud Access Security Brokers, who are they? Organizations today have a cloud-based environment spread across an array of applications, locations…

In Covid-19 times, What is Better – Spending on Access Management or Identity Governance and Administration?

Budget cuts and dwindling resources are center-front in COVID-19 times. How does a business determine what to purchase and what… 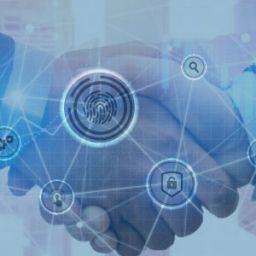 Risk is not something to be avoided. In your business, taking risks is what reaps the greatest rewards. But, risks…

A Decade of Bitcoin and its Role in Cybersecurity

“Bitcoin Is Worthless and the Bubble Will Pop Soon” said one Global Investing Firm. Bitcoin has received mixed opinions since…