Why Identity is the New Attack Surface

Home Cyber Security Why Identity is the New Attack Surface
0

You wouldn’t buy a home security system without understanding what methods burglars typically use to get into your home. So why would you shop for an Identity and Access Management solution without knowing how they try to get in too?

In 1988 Robert Morris, a student at Cornell University, created the first computer worm. It was nicknamed the ‘Morris Worm’, and its origin was simple curiosity: he wanted to get an idea of the size of the internet. This virus’ attack vector (the path that a hacker takes to exploit cybersecurity vulnerabilities) was to exploit known vulnerabilities in computers at the time.

Later in 1994, the Rome Air Development Center – a US Air Force research facility – discovered that a password ‘sniffer’ had been installed onto their network. Many accounts were compromised. The vector of this attack was simply to hack into the Air Force’s systems and plant the virus.

Both these attacks are key events in the history of cybersecurity. And both had attack paths that relied upon poor programming and weak firewalls.

Identities are the true trojan horses of the cyber world. Instead of wasting time researching vulnerabilities in target systems and creating complex programs to exploit them, hackers are now on cruise mode. They simply wait for people to write down one or more of their numerous passwords in a computer document or on a sticky note, pick it up, and enjoy anonymous access to confidential data for long periods of time.

Because the source of the hack is not an infection that leads to unauthorized access, but instead seemingly legitimate access from a genuine identity, this kind of breach can take very long to detect and is exponentially more dangerous.

The Role of IAM

The challenge is largely solved by Single-Sign-On (SSO) and Multi-Factor Authentication (MFA) technologies. SSO enables users to log in to all their apps and systems with just a single password. This reduces the number of passwords required to be remembered and eliminates confusion that results in people noting down or saving their numerous passwords in a document on their machines. MFA protects identities further by forcing authentication on multiple levels. Here, credential-based authentication is further protected by challenge-response questions, SMS or Email OTPs or even biometrics. Both these features form the base of most available IAM solutions.

But not only do IAM systems protect against unauthorized access, they also typically offer solutions for managing user access rights and trends. You can use them to govern and even automate the different accesses that someone may have to different systems and apps used by your organization.

Protecting identities is of far more pressing importance than safeguarding apps and systems against unauthorized access. By securing an identity you protect the very root of the access mechanism. Shielding apps and systems from hackers only insulate the last barrier in the access vector. Using chess as a metaphor, identity management protects your king, but firewalls and antiviruses only protect your pawns.

Gone are the times when hackers used their own technology to hack into systems. Even the time of piggybacking credential-sniffers through malicious emails and malware is at an end. Identity is the new attack surface. It is in your organization’s interest to protect against this threat with an IAM system that works for you.

What is Single Sign-On?

The landscape of today’s work culture goes far and wide from what was once considered traditional. Every employee requires a…

Zero trust is the security way forward. If you have been aware of the cybersecurity industry, then you know that…

What is Identity Governance and Administration?

Organizations are comprised of all the roles, responsibilities, and functions carried out by different individuals and it is crucial to…

5 Elements You Need to Look for in a CIAM Platform

What will a happy customer lead to? Goodwill, reputation, profitability, brand recognition, excellent market standing, and more. However, let’s address…

Ilantus And Cyberark Integration for Safer Use of Privilege

How aware are you of the gaps in security that exist within your organization, especially when it comes to privileged…

How can CIOs Maintain Robust Cybersecurity during COVID-19?

Remote work has always come with its set of security complications when it isn’t implemented with appropriate measures. Now, at…

Are Your IoT Devices a Security Risk?

Phishing Attack Prevention – Everything You Need to Know!

Cybersecurity is the most important part of every organization. Cyberattacks are only growing in number and becoming technologically advanced. In…

What is OAuth and How does it Work?

Imagine what would happen if every time you had to enter a grocery store, you had to give them your…

Ways to Overcome the Weakest Link in Your Technology Solution

10 years ago, Identity and Access Management was entirely a luxury of big corporations. Today, both the needs of the…

What is CASB? and Why You Need it

Cloud Access Security Brokers, who are they? Organizations today have a cloud-based environment spread across an array of applications, locations…

Identity Resolution- a Boon for Marketers

A great product or service needs a voice. The voice of marketing. During the erstwhile years, marketing was all about… 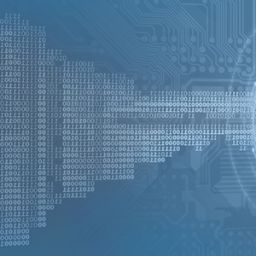 Passwords are on their way out. You’ve been there, you know the challenge…So many passwords you end up writing them…